Cyprus is one of the most appealing financial centers in Europe and the European Union thanks to its taxation system, or better said to the exemptions it offers to companies incorporated here. In the last few years, Cyprus has also emerged as a desired destination for the establishment of Initial Coin Offerings or ICOs which can operate throughout the European Union.

Below, our company formation agents in Cyprus explain how to create an ICO in this country.

Ways of setting up an ICO in Cyprus

There are two ways for launching an Initial Coin Offering in Cyprus:

Our Cyprus company formation consultants can advise on both procedures of launching the ICO.

What is an ICO?

The initial coin offering or ICO is similar to the initial public offering or IPO used by corporations to attract outside stockholders. By comparison, the ICO relies on offers made to the persons interested in investing in units of existing or digital tokens to be launched. In Cyprus, most people choose to invest in Bitcoin and Ethereum, two of the most popular cryptocurrencies in the world.

Apart from being an investment instrument, an ICO is also a tool for those who want to raise money for their projects. Often employed by startups or other businesses interested in increasing their funding pools for new projects, the initial coin offering usually relies on blockchain technology.

If you are attracted by the idea of having an initial coin offering in Cyprus, you can rely on our local consultants for support in creating one. We are also at your service with company formation solutions in Cyprus.

Among the purposes to launch ICOs are:

It is also possible for certain cryptocurrencies to have no tangible value.

It is also worth noting that in Cyprus, ICOs must comply with Anti-Money Laundering Regulations, which is what makes this country appealing to launch such a venture.

For more information on the laws that regulate initial coin offerings, you can discuss them with our Cypriot company formation specialists.

Creating an ICO by opening a company in Cyprus

The simplest way of launching an Initial Coin Offering is by opening a fintech company in Cyprus. The procedure implies the following steps:

IT companies launching ICOs are not requested to register with CySec as long as they do not trade the digital tokens they create.

We can also assist foreign business owners who want to buy a shelf company in Cyprus that is already created but need to make a number of changes to comply with local regulations. For instance, it can be already registered for taxation and VAT. On the other hand, the share capital of the shelf company may be changed by the new owner. In most cases, an increase in share capital is required before the business can be used for the new owner’s preferred purposes.

One of the most popular ways to launch an initial coin offering in Cyprus is by registering a company. From this point of view, there are several legal entities that can be used, among which the most popular is the private company limited by shares. What should be noted about this method of launching an ICO, however, is that the company will be used to issue the digital tokens to be marketed.

In most cases, an investment fund is also created to generate the offer to the interested investors. This is usually employed for transparency purposes, as ICOs are seen as high-risk investments. With a solid investment fund legislation, Cyprus meets all the security requirements such businesses should meet.

The Alternative Investment Fund (AIF) is usually used as a vehicle for launching a Cypriot initial coin offering. The fund will be used to raise capital from the investors based on a policy and license approved/obtained from CySec. However, the Securities Exchange Commission will approve the fund as long as it meets the Alternative Investment Fund Managers Directive enabled at EU level.

If you are interested in setting up an ICO in Cyprus, feel free to inquire with our local agents about the requirements you must meet.

Launching an ICO through a Cyprus investment fund

The second option for launching an ICO in Cyprus is by establishing an investment fund. In this case, the registration with CySec is mandatory and the business owners must prepare a white paper, which is similar to a prospectus, and file it for approval with the Securities and Exchange Commission.

Creating an ICO under the form of a Cypriot investment fund will also require the registration of an entity which can have a corporate or non-corporate form.

Taxation of ICOs in Cyprus

One of the most important aspects to consider when creating an ICO in Cyprus is taxation, especially since this jurisdiction is known as a very favorable one from this point of view. Such ventures are taxed in accordance with the way they were set up.

Here is what you need to consider from this point of view:

No matter the way you decide to launch an initial coin offering, our consultants can advise you. We are also at your service with accounting services in relation to the taxation of ICOs.

Our local consultants can help you launch an Initial Coin Offering in this country no matter the chosen form, so do not hesitate to contact our experts in company formation in Cyprus. 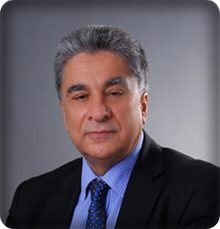